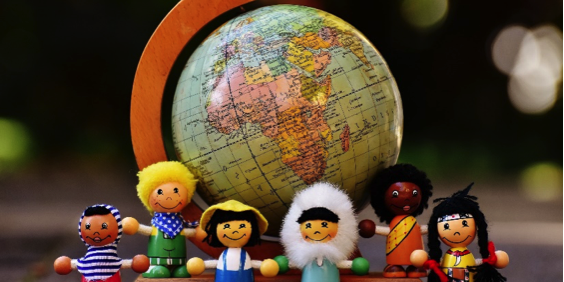 International Children’s Day, commemorated on June 1st, is the international promotion of children’s rights and their wellbeing. The EU plays an imperative role in promoting initiatives, which safeguard the rights of children and protect them from abuse and violence in Europe.

Abuse can take on a range of forms, and can be subjected to children in an array of situations. The World Health Organisation identifies abuse as physical, emotional and sexual, as well as the deliberate neglect of a child when a parent/guardian is in a position to provide the necessary care. These forms of abuse occur in several spaces, including at home, school, residential institutions, detention centres, the workplace and in the community.

For varying reasons, it has proved difficult to collate the evidence necessary to comprehend the extent of child abuse in Europe. With the lack of uniformity regarding the definition of child abuse, and with the disparities evident in the investigation procedures between states, it is difficult to collect the data necessary for comparable research. Difficulties surrounding data collection includes other factors, such as the silence of victims and their families as a result of fear, shame, or a lack of confidence, as well as the social acceptance of particular forms of abuse such as corporal punishment.

However, attempts have been made at the EU level to comprehend the extent of child abuse within its Member States. According to the Council of Europe, one in five children were victims of sexual abuse, with the perpetrator been known to the victim in 70-85% of cases. The Fundamental Rights Agency (FRA) has also researched into violence against women in 28 Member States. This revealed that 27% have suffered from some sort of physical abuse and around 10% have suffered emotional abuse before the age of 15.

The long and short term effects of child abuse are costly for the economy, society and in human terms. Victims of abuse, both directly and as a witness, are susceptible from suffering physical and psychological issues. Such impacts on health will go on to have direct and indirect economic implications. In their report, the European Parliament has noted that in the United Kingdom, the total economic cost of violence against children in 1996 amounted to £735 million. Violence towards children also inhibits their ability to learn and develop normal social relationships, with repercussions, which will spill over into their adult lives.

In dealing with this, the international approach to child abuse is articulated through the UN Convention on the Rights of the Child (UNCRC). The UNCRC petitions that governments must employ measures to prevent children from enduring abuse and violence. Europe in particular has adopted numerous political and legislative measures as exemplified through the Lisbon Treaty, which explicitly recognises children’s rights as a pursuable EU goal. Yet, national approaches appear to not show as much uniformity. Although all Member States have ratified the UNCRC, only 18 states out of 28 have ratified the Council of Europe Convention on the protection of children against sexual exploitation and sexual abuse. Though comparing prevention and protection policies between Member States is complicated, they are gradually adjusting their national laws in order to bring them into line with international and EU standards.

All in all, it is the responsibility of the UN, the EU and Member States to keep the prevention and protection of children from abuse a priority, as the lack of will to adequately address this issue will see the impact of abuse on the economy and society more broadly persist for generations to come.

Supporting victims of child abuse and the relationship they have with the police is important to establish though the adoption of a child-centred approach and victim-friendly environment. PROTASIS aims to develop the training necessary for professionals to better protect and support victims of crime in Europe.

To read more on child abuse in Europe click here.