International Day in Support of Victims of Torture: Justice and Rehabilitation 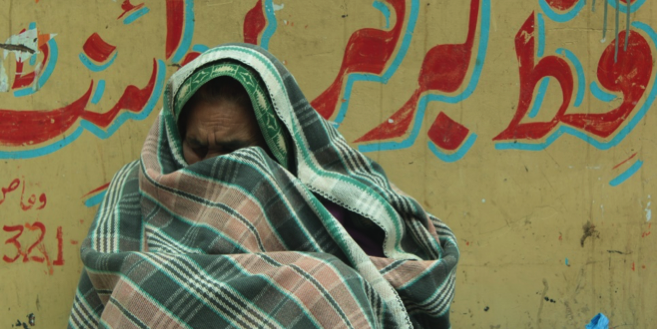 In 1997, the UN General Assembly proclaimed 26 June to be the International Day in Support of Victims of Torture. This is a day in which citizens, civil society organisations and decision makers can come together to support past and present victims of torture, promoting the effective use of the conventions created to prevent and protect those vulnerable to it.

Torture, according to the UN, ‘seeks to annihilate the victim’s personality and denies the inherent dignity of the human being’. The consequences of torture affect not only the individual, but can impact subsequent generations. According to Amnesty International torture is still practiced in 140 countries worldwide, and is a phenomenon, which continues to take place in Europe, particularly as a result of armed conflicts.

Survivors of torture are noted to experience a range of psychological and mental problems, such as post-traumatic stress disorder, chronic pain, depression, and have feelings of helplessness and guilt. Social costs ensue when the victim is stigmatised by his or her community. It is therefore the responsibility of European Institutions and civil society organisations to help provide the assistance necessary for European victims of torture, to help them reintegrate into society, and live as close to normal lives as possible.

As it currently stands, the international legal framework categorically forbids the use of torture, however, torture is still utilised in all regions of the world for reasons involving national security and borders. The UN Voluntary Fund for Victims of Torture (UNVFVT) channels funding for the assistance of victims of torture and their families. Since 1981, the UNVFVT have supported civil society organisations in providing legal, medical, psychological and social assistance to nearly 50,000 victims every year. The Fund also hosts workshops sharing good practice with organisations, experts and individuals.

Preventing and protecting those from torture is one of Europe’s long-standing priorities, leading as an institutional actor and donor to civil society organisations to uphold one of the main objectives of the EU’s human rights policy. The EU works closely with civil society organisations dedicated to the eradication of torture through the European Instrument for Democracy and Human Rights (EIDHR), where efforts are made through the holistic elements of prevention, rehabilitation and accountability.

Providing support and rehabilitation for victims of torture can be achieved particularly through justice. The international victims’ right to redress concerns two components: substantive and procedural. The procedural component in particular requires the existence of a proper legislative framework and institutional mechanisms to allow for prompt and effective investigations, leading to the prosecution and punishment of violators, along with the victim’s right to participate in the proceedings, where their interests can be safeguarded. Giving victims the opportunity to actively take part in the legal proceedings is an important facet to the rehabilitation process. Participation through testimonies can contribute to the restoration of a victim’s dignity and provide them with a sense of justice and empowerment.

The UNVFVT have convened workshops, sharing experiences and good practice between practitioners, victims, experts and civil society groups in order to increase and improve access to justice for victims of torture. While providing the support services for torture victims is imperative, having access to justice can restore the dignity lost by victims. The Chairperson of the Fund, Mikolaj Pietrzak, highlights the importance of obtaining justice for victims, as it “reaffirms that torture is a criminal act and its prohibition is absolute and that victims are entitled to redress”.

However, obstacles continue to make the comprehensive rehabilitation of victims longer to achieve. Justice in certain cases is often difficult to access and even when it is obtained, its compensation is disproportionate to the trauma and pain suffered by victims. In Serbia, a pending draft law on compensation excluded some 15,000 victims of wartime sexual violence and torture, with the judiciary setting a high standard of proof in the proceedings. In Russia, the compensation victims receive ranges on the region and is in many cases inadequate compared to the harm suffered.

The risk of re-victimisation is also an obstacle. During criminal proceedings, victims can be exposed to renewed trauma during cross examinations, the questioning of a complainant’s credibility and the presumption of innocence for defendants. Victims could also be intimidated and retaliated against as a consequence of testifying.

A third obstacle to consider is to how the perpetrator can often avoid just punishment as a result of the statute of limitations, immunities and amnesties. Instances of torture, which are prosecuted under “abuse of authority” or “infliction of light bodily harm”, are still subject to a statute of limitation, while immunities and amnesties can prevent victims from obtaining the justice they need in order to aid the healing process.

Nonetheless, the PROTASIS approach demonstrates what is necessary to attempt to make right the injustices faced by victims. Rehabilitation needs to be victim-centred, provided promptly and serve the specific needs of each victim. Nils Muižnieks, former Commissioner for Human Rights at the Council of Europe, has recommended that states ratify all relevant international instruments and ensure that their domestic law is in full compliance with international standards. Services must be supported to help victims cope with the traumas of torture and fully integrate them back into society. As well as this, anti-torture measures should encompass a zero-tolerance message and professional training for public officials should be a priority. Improving the justice system will not only help to bring justice to those who have fallen victim to the practice of torture, but help to set an example for future years that torture will not be tolerated and will not go unpunished.

New Video and Guide for Training of Professionals on Victims’ Rights
August 17, 2018