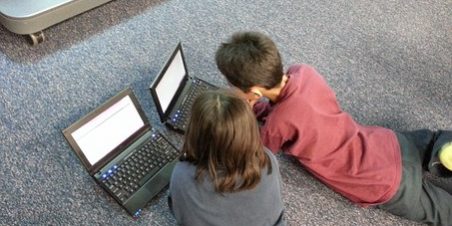 An increasingly interconnected world has allowed for the speedy exchange of communications in a multitude of forms, including text and image, while additionally giving certain individuals the opportunity to exploit vulnerable groups on a graver scale. The European Commission has reported that between 10-20% of children in Europe have been sexually assaulted in the past. The proliferation of child pornography through the Internet brings this to a level above the state, and thus, requires the cooperation of multiple states and entities in order to effectively combat such crimes and appropriately support its victims, who are often ashamed to report it in the first place.

In order to support the child victims of sexual abuse, a comprehensive legal framework has been adopted by the European Council and European Parliament known as the ‘Directive on combating the sexual abuse and sexual exploitation of children and child pornography’, with the intention of Member States incorporating measures, which give child victims easier access to legal remedies as well as measures to prevent further trauma suffered by victims from their participation in criminal proceedings. In addition to this, the European Commission seeks to combat the risk of child sexual exploitation through global collaborative effort. In 2012, the European Commission worked with the United States to launch the Global Alliance Against Child Sexual Abuse Online. With the support of 54 other countries, there was a collective effort to enhance victim protection and reduce their re-victimisation. In 2014, its amalgamation with WePROTECT has sought to maximise global impact with the help of global technology industries and leading civil society organisations. The assistance of a range of entities, including banks, internet providers and law enforcement organisations is necessary in dealing with an increasingly transnational problem.

European projects are fundamental in developing a child-centred approach and creating a victim-friendly environment during the victim’s contact with the police. PROTASIS works to contribute to the development of training for professionals to better meet the specific needs of vulnerable victims and sufficiently protect them.