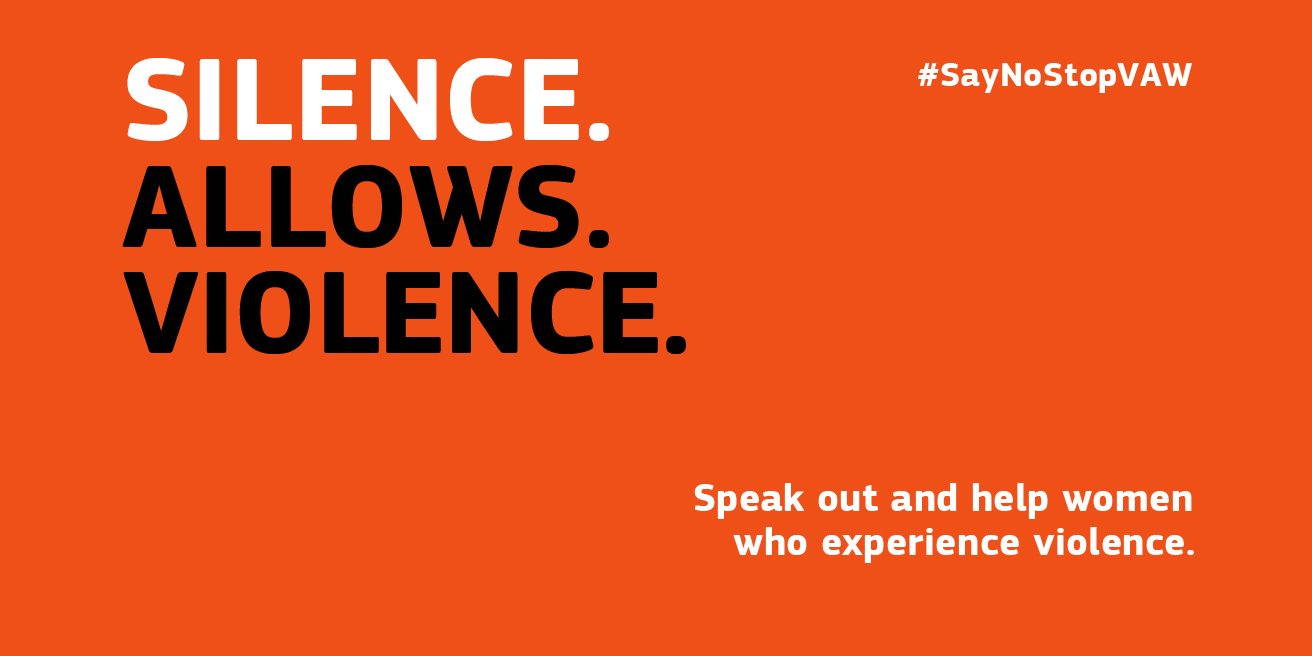 The 16 Days of Activism against Gender-Based Violence Campaign is a global campaign spanning from 25 November – International Day for the Elimination of Violence against Women –  through 10 December – Human Rights Day. Individuals and organisations worldwide take action to bring attention to the issue of violence against women and girls.

The colour orange is the unifying theme of all activities, with buildings and landmarks being lit and decorated in orange, aiming to increase visibility on the topic and pass the message of a brighter future, free from violence against women and girls.

This year’s theme, “Leave No One Behind – End Violence against Women”, embraces one of the essential principles of the 2030 Agenda for Sustainable Development which was adopted by all 193 Member States of the United Nations in 2015. Overall, the Agenda 2030 aims to strengthen 17 Sustainable Development Goals which endeavor economic, social, and environmental issues, over the next 15 years.

Goal 5 of the Agenda aims to achieve gender equality and empower all women and girls, ending all forms of discrimination everywhere and eliminating all forms of violence against them, pledging that “no one will be left behind”.

The European Commission joins this year’s campaign via its NON.NO.NEIN. campaign “Say no! Stop violence against women” and invites everyone to “Go Orange”.