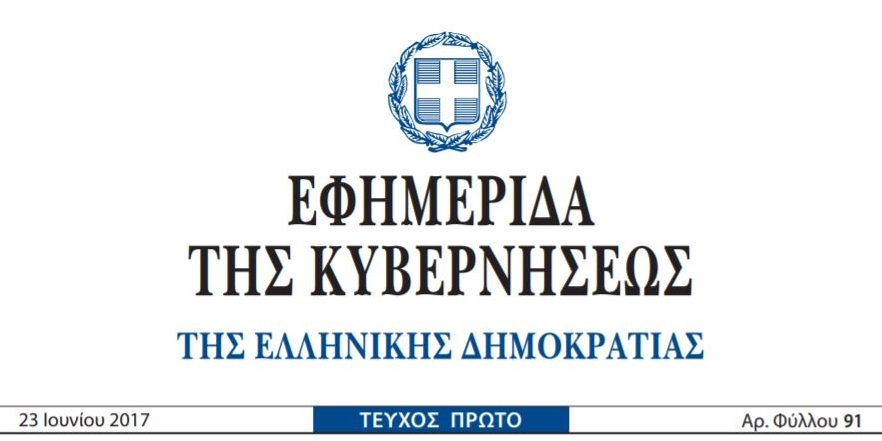 Law 4478/2017 (Part 4) establishing the minimum standards on rights, support and protection of victims of crime, harmonizing the national legislation with the European Victims’ Directive, was adopted on June 23, 2017.

The law establishes the majority of the Victims’ Directive articles, yet with some adjustments on the basis of procedural rules and in relation to the determination of the bodies involved in the proceedings.  Similar to the Victims’ Directive, Law 4478/2017 is divided into five parts, containing articles on General Provisions, Provisions of Information and Support, Participation in Criminal Proceedings, Protection of Victims and Recognition of Victims with Specific Protection Needs, and Other Provisions.

Emphasis is placed on the protection and support of child victims, with the law providing for the creation of Independent Victims Protection Offices – “Children’s House”, within the Agencies of Juvenile and Adult Probation Offices (Services of Juvenile Probation Officers and Social Assistance Guardians) of Athens, Thessaloniki, Piraeus, Patras and Heraklion (articles 74-76). The aforementioned agencies will also undertake the task of individual assessment of victims for the identification of specific protection needs, as provided in Article 68 of the Law. This might prove to be a significant challenge, as the role of the professionals in these services has been focused until recently to the support and supervision of the imposition of sentences and other measures to offenders.

Several articles in Law 4478/2017 affect directly the daily work of police officers. Within this framework, police officers are expected to treat victims in a sensitive, tailored, respectful and professional manner. Among other duties, the Police is expected to inform and refer victims to support services, but also to the agencies carrying out the individual assessment of the victim to identify any special protection needs. However, it is worth noting that the transposition of these articles into the Greek legal framework is limited to a certain extent. For instance, the referral of the victims is carried out only at the request of the victim, – which presupposes that the victims are adequately informed on their rights.

Law 4478/2017 sets the basis for a holistic support and protection of victims’ rights in Greece and provisions the majority of the Victims’ Directive articles. However, the necessary supporting structures, such as organising and setting up general and specialist support services, although provisioned by the law, have not been yet applied in practice. The application of the law may encounter a variety of challenges as many of the provisions envisaged require new procedures within existing structures and increase the duties or tasks of professionals and officials of law enforcement, prosecutorial and judicial authorities.

The envisaged training of police officers referred to in Article 70 of the Greek law is limited to those involved in the preliminary investigation proceedings. Ignoring, therefore,S previous articles of the law that indicate the substantive obligations of the Police during the first contact of the victims with the police authorities and which require raising awareness and capacity building of these police officers on issues relating to the victims’ needs and how to properly interact and communicate with the victims.

The Protasis training for the Greek police officers to take place in January appears now more than ever to be an important step towards the facilitation of the implementation of Law 4478/2017, by providing police officers with general knowledge and communication skills to improve their interaction with victims and the appropriate referral of victims to support services.