The PROTASIS Training Program in Greece has been successfully concluded 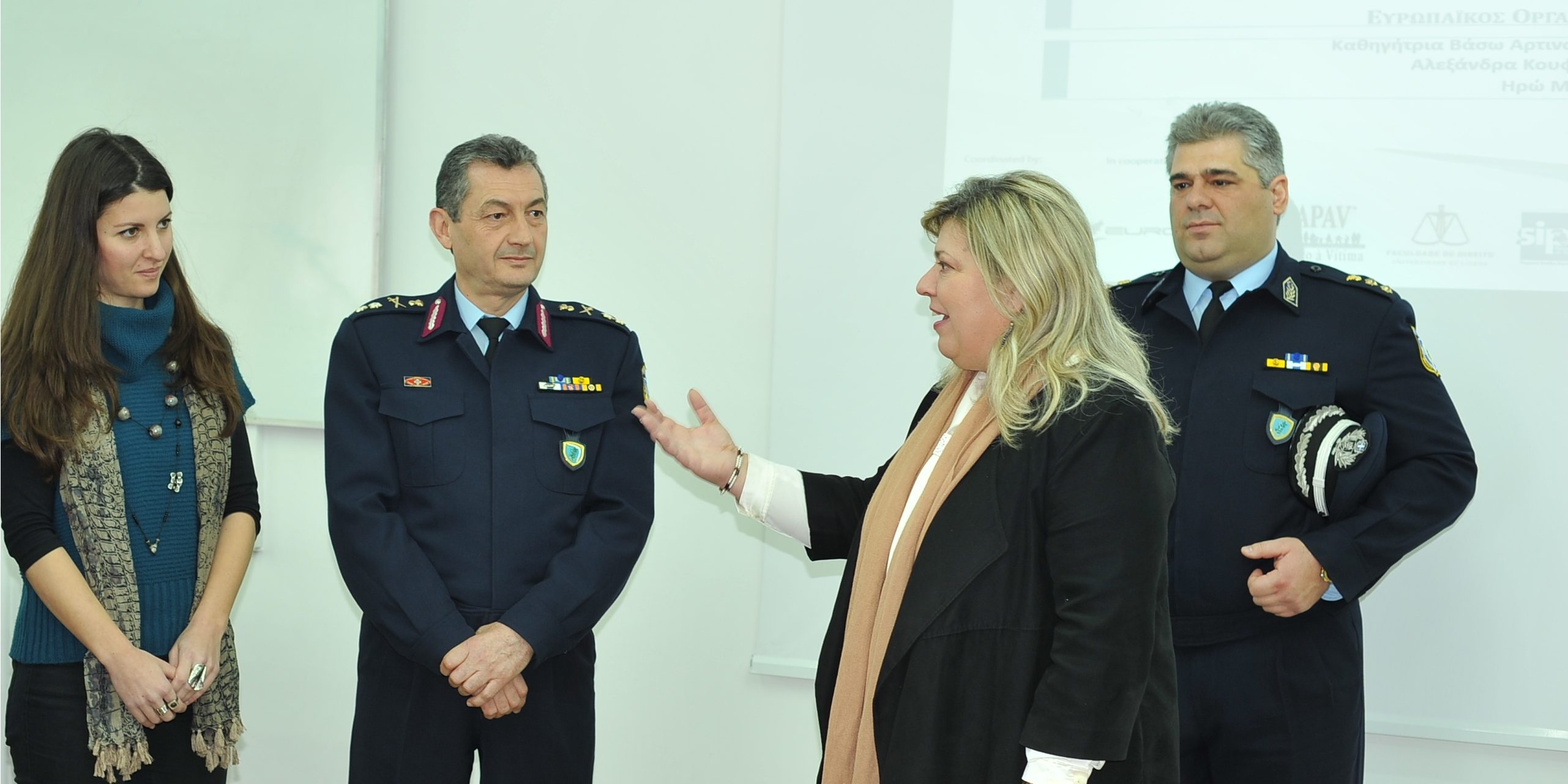 Three training seminars for Greek Police Officers were successfully organized by the European Public Law Organization (EPLO) in cooperation with the Hellenic Police Headquarters – Administrative Support and Human Resources Brach, Training and Human Resources Development Division. The 20-hours long Seminars took place from 15 to 24 January 2018, at the premises of the Police Academy, with the participation of over 80 Police Officers serving in Directorates across Greece.

The training was implemented within the framework of the 2-year project ‘PROTASIS – Police Training Skills’, which is co-funded by the Rights, Equality and Citizenship Programme of the European Union and was organized under the Scientific Coordination of Professor Vassiliki Artinopoulou and was conducted by the trainers Alexandra Koufouli and Iro Michael.

The aim of the advanced Seminars was to further specialize Police Officers in the needs of victims of violence, in particular women and children victims of domestic and sexual violence.

In his address to the participants, the Commander of the Police Academy, Police Major General Panagiotis Kordolaimis, expressed his gratitude to the European Public Law Organization and the Scientific Coordinator for “their cooperation with the Hellenic Police, which will result in the realization of this significant training”. Additionally, he noted – among others – the importance of sharing knowledge and experience between trainers and participants on the “so sensitive issue of protecting victims of domestic violence”.

Professor Vassiliki Artinopoulou, Scientific Coordinator of the Project, stated: “This training is the first institutional initiative for the implementation of the recent Law 4478/2017 harmonizing the Greek legislation with the European Directive 29/2012/ΕU establishing minimum standards on the rights, support and protection of victims of crime. The participants were the first Greek Police Officers to be trained on the new obligations provided by the law on how to address and assess the needs of victims of violence. These Officers will in turn transfer the information and knowledge acquired to their colleagues across the country. Academic knowledge, research and public policies contribute to and enrich each other by collaboration and constructive dialogue, as demonstrated in this training program.

The main topics addressed during the training included: enhancing participants’ knowledge on victimology and psychology of victims, with an emphasis on gender- and child-specific issues; developing and strengthening the participants’ communication skills, in an effort to improve the interaction with victims of crime; and familiarizing participants with the individual assessment of victims’ needs. Moreover, Dr. Konstanina Kostakou, Police Captain – Psychologist at the Child Protection Unit of the Attica Security Division, presented the work of the Child Protection Unit through the role of psychologists in the examination of minors victims of sexual violence as witnesses.

The Seminars concluded with information on referring victims to appropriate support services, with the participation of representatives of the General Secretariat for Gender Equality and The Smile of the Child. The invited speakers presented the experience of their organizations on providing support services for women victims of violence and child victims respectively.