The positive impact of the PROTASIS Training Program on the treatment of victims of violence in Bologna, Italy

The case happened in April 2018 and it involved an Italian woman victim of marital violence. After longterm violence and repression, the woman was convinced to submit a complaint against her husband and receive necessary support, thanks to the commitment of the Unit for the Support of Weak People of the Local Police in Bologna. The woman is currently hosted in dedicated structure of the “House of Women – To preserve women from violence”. 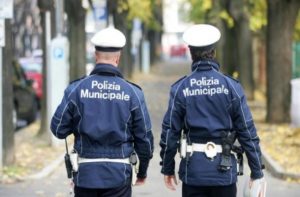 The Unit for the Support of Weak People of the Local Police in Bologna was formulated as a result of the “Memorandum of Understanding for the improvement of protection of women victim of violence within relationships” promoted by the Municipality of Bologna and the Prefecture, signed in March 2017 by the authorities involved, on various levels level, in the assistance of women victim of violence. In May 2018 the Juvenile Court of Bologna adhered to the Memorandum of Understanding (for more information click here).

The Unit for the Support of Weak People was established in November 2017 and is tasked with supporting victims of domestic violence, mistreatment and abuse. Police officers become part of the Unit on a voluntary basis, which is now composed by 40 officers and 5 surveyors. All members of the Unit received specific training organized by the Interregional Local Police School – SIPL, member of the Consortium of the PROTASIS Project. The course for the Local Police Department of Bologna took place in three sessions between December 2017 and March 2018, it was organized by SIPL and developed by Alessandra Bagnara, Local Police Commissioner of Ravenna City and Head of Linea Rosa Association. The training course presented elements of Judicial Police Force, Criminal Law and the Code of Criminal Procedures. 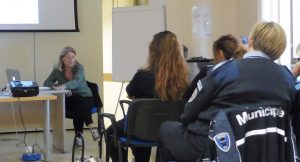 The specific experience of the PROTASIS training was presented during the courses and focused on the treatment of victims of gender-based and domestic violence and their families by police officers during their daily work. This demonstrated an extremely positive impact of the PROTASIS training on the stakeholders involved in the support of victims, by finding concrete application of the training content in police officers’ everyday work and helping them to face current cases of violence and repression. Since police officers are often victims’ first responders, it seems necessary to receive specialised training which will assist them in supporting victims and guiding them in the right direction out of violence.