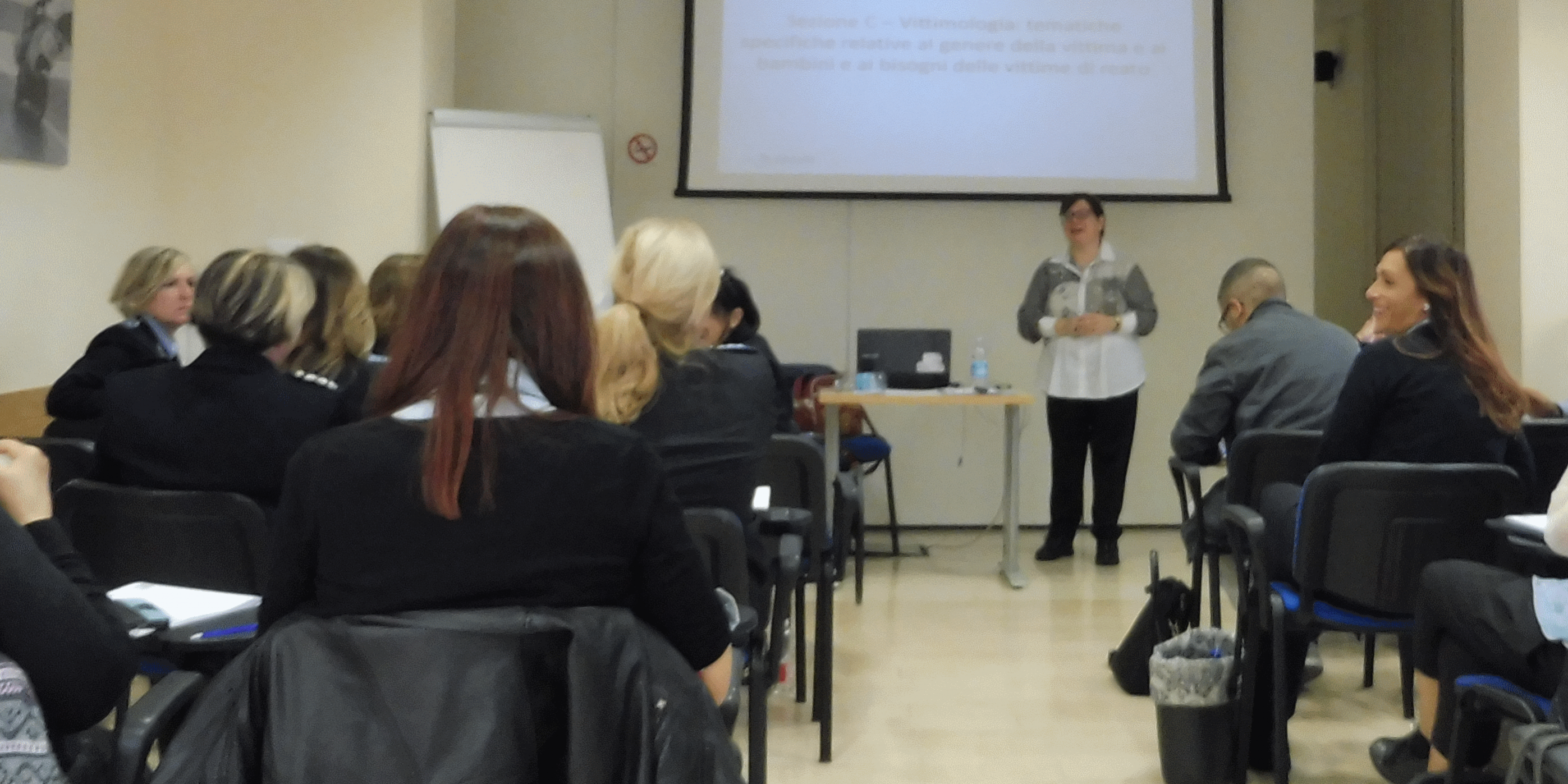 The second training cycle in Italy, held in Modena with 27 participants from 11 different Local Police Headquarters, was completed on November 3rd, 2017.

During the Skills’ Oriented Workshop, facilitated by Dr. Bagnara, the parents of a victim of crime shared a story of their experience with the criminal justice system:

Their daughter, Giulia Galiotto, was brutally killed by her husband in 2009 in the city of Sassuolo, in the Province of Modena, and the family suffered for her death twice. Her mother, Giovanna Ferrari, reported that the family was treated rather poorly by the criminal justice system and during the legal proceedings the relatives were humiliated and denigrated, eventually making the family suffer more than the killing of Giulia itself. The trial was used to put the family under prosecution rather than to condemn the committed crime. Giovanna Ferrari wrote a book reporting her negative experience, entitled “Per non dargliela vinta”, thanks to which the police officers realized the implications of the status of victim, understanding the importance of giving concrete answers to victims and their relatives in order to prevent the phenomenon of secondary victimization.

Notably, following the successful implementation of the PROTASIS training, the Local Police Headquarters that participated in the training held in Modena are organizing meetings involving social services, policy makers and citizens in an effort to open the discussion on the importance of establishing appropriate support services and providing adequate answers to victims of crime living in the territory.

The third and final training cycle in Italy will by held in Lucca with the participation of 30 police officers from 12 Local Police Headquarters.